Cadillac’s first all-electric vehicle will not arrive until well into 2022, but in a rare move for GM Canada, it released the 2023 Lyriq’s price at the same time that it officially unveiled the actual production version of the vehicle itself, in anticipation of Cadillac opening up orders for the Lyriq across North America in September.

The mid-size all-electric Lyriq will start at $69,898 including freight and destination, another rarity for GM and the industry, as most Cadillacs in Canada currently have a $2,200 destination charge attached after any options are added to the starting MSRP. Not coincidentally, this starting price lines up just under that of the Tesla Model Y, its main rival, which currently starts at $69,990 for the Long Range all-wheel drive version. Neither battery electric crossover will be eligible for any federal or provincial EV rebates, as these prices all fall higher than current programs allow.

In another surprising bit of the announcement, and perhaps disappointing for many interested Canadian buyers that face lingering winter conditions even in some spring and fall months, the Lyriq will launch only with rear-wheel drive when it arrives early next year. Production is expected to start in the latter part of the first quarter of next year, with officials saying it would arrive in dealers roughly a year from now.

An all-wheel drive version with a second electric motor added to the front axle will come later, which will add more power as part of a performance AWD system, though there is no word yet whether AWD can be added as a less expensive, non-performance option. 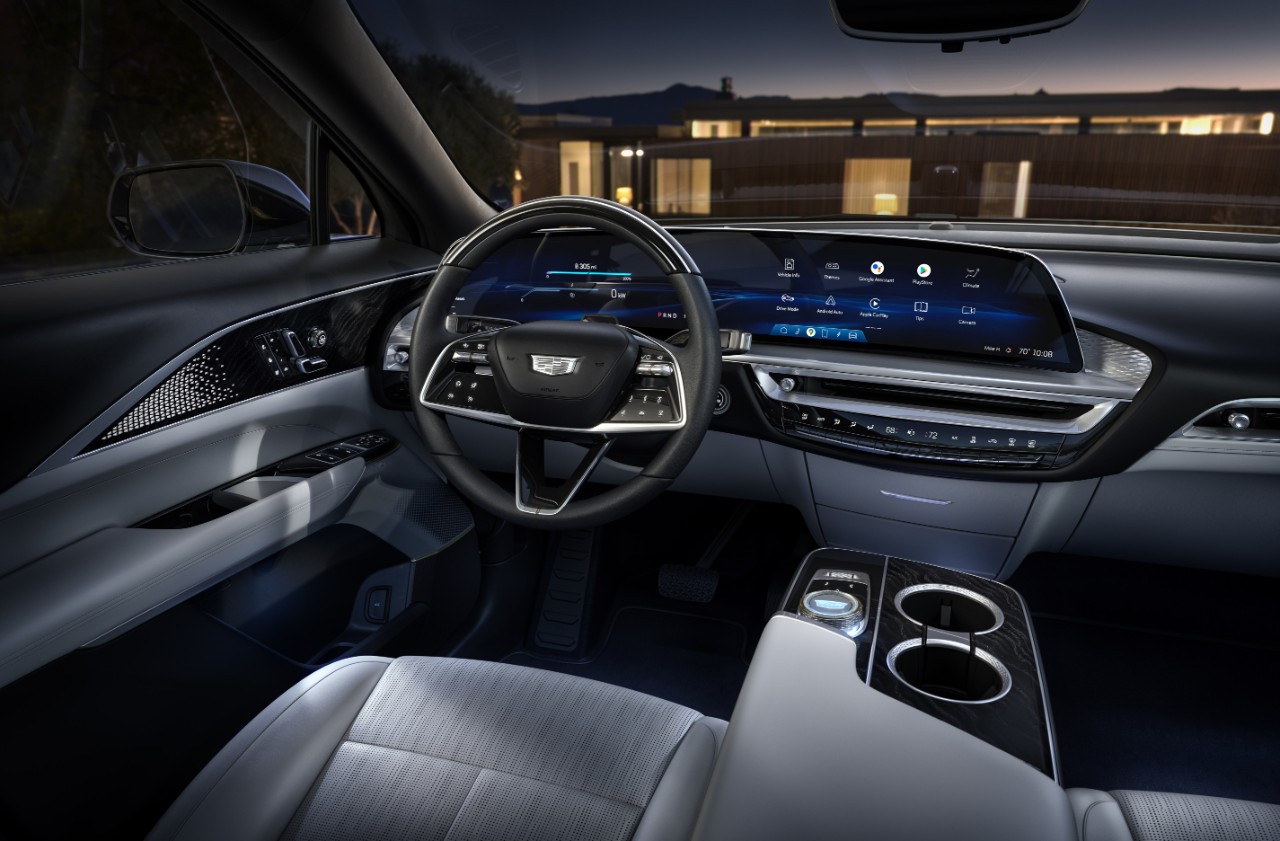 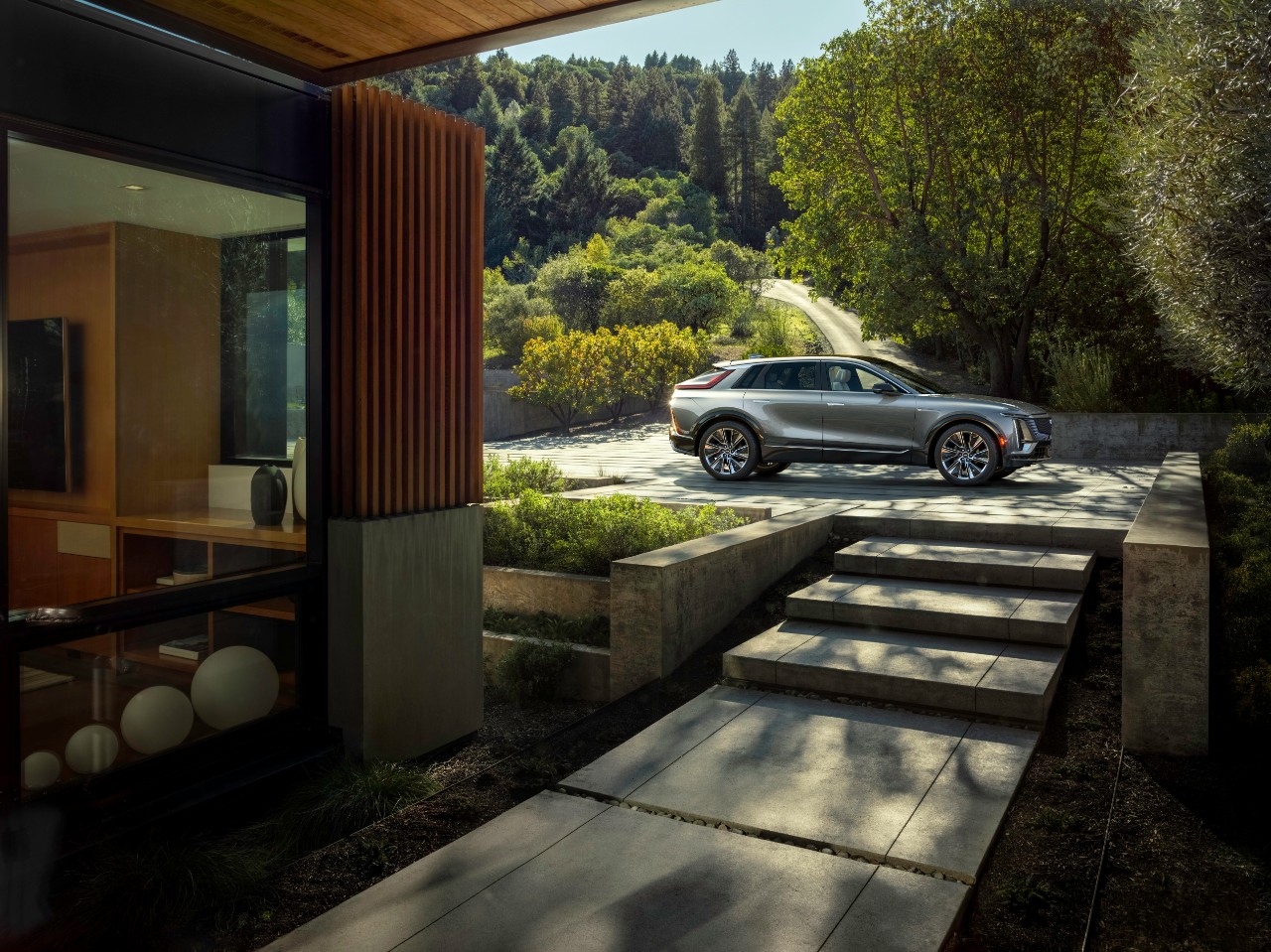 The Cadillac Lyriq will be on the longer side in this class, its 4,996 mm length lining up closer to a Lexus RX L three-row model (5,000 mm) than the Model Y (4,750 mm) or Cadillac’s current XT5 crossover, with a longer wheelbase for the Lyriq than all of those that suggests it will be roomier inside as well. Mind you, with the Lyriq’s steeply sloped rear roof, don’t expect a third-row option any time soon, as GM executives made clear it was always designed as a two-row vehicle only.

The Lyriq’s healthy 100 kWh battery will use GM’s new Ultium battery and platform architecture, and will offer “more than 480 km” of range, said GM, which is a similar figure to what it estimated last year, and not yet EPA/NR Canada verified. Power for this single motor version is 340 hp, with 325 lb-ft of torque, and though Cadillac didn’t reveal a 0-100 km/h time, its hefty curb weight of 2,545 kg (5,610 lbs!) suggests this version will be notably slower than the Model Y LR’s published 5.0 second 0-100 km/h time.

But the Lyriq’s 190 kW quick charging speed compares much more favourably, allowing it to add up to 122 km of range in 10 minutes of DC quick charging when you’re on a longer drive, and when plugged in at home on a 240-volt Level 2 EVSE, its powerful 19.2 kW can add 84 km of range in an hour, says Cadillac. This is great for weekends with lots of errand running in the winter, in non-pandemic years, where a quick top up at home in between stops can provide a reassuring boost of extra range that prevents any range concerns closer to the end of the day.

Inside, the production Lyriq keeps its massive one-piece driver and centre screen, stretching from in front of the driver across its 33-inch width to the centre console, with a higher resolution LED display that can produce over a billion colours in fine detail. One pedal driving will be possible, promises Cadillac, or use the next-gen Regen-on-Demand paddle behind the steering wheel, similar to the current Bolt.

Helping to keep it quiet, besides the lack of an internal combustion engine, is Cadillac’s latest Active Noise Cancellation system, while to break that silence, a 19 speaker AKG audio system will be available with speakers integrated into the headrests. An active thermal management system will help minimize the loss of range in winter conditions, says GM Canada, and it will be available at Cadillac dealers “throughout North America.” This suggests it should come to all dealers in Canada, maybe even at launch – which would be another in a long line of rarities for the 2023 Cadillac Lyriq.